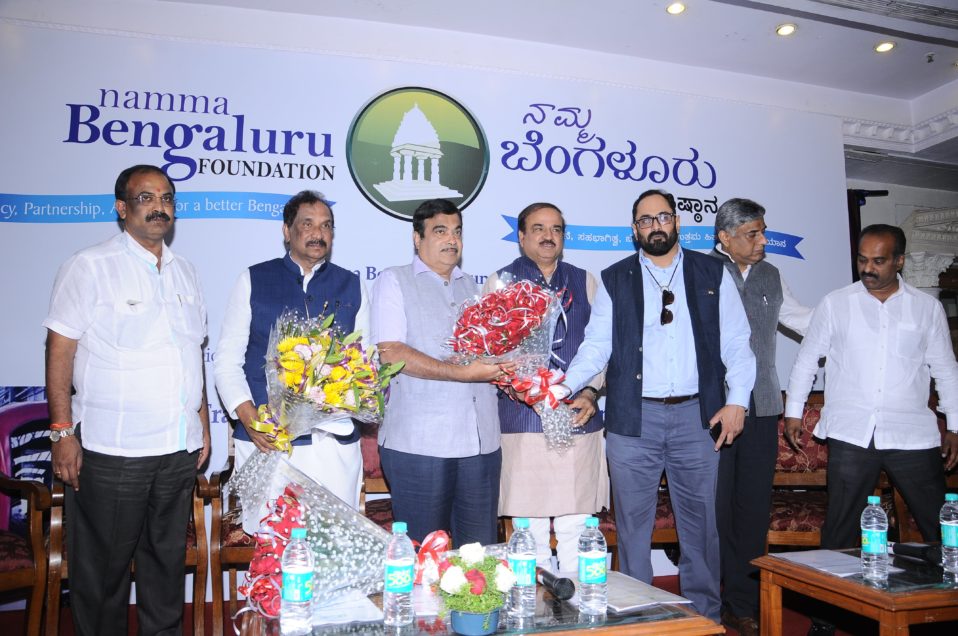 Bengaluru is one of the fastest growing Metropolis in Asia. With a decadal growth exceeding 45% from 2001 to 2011, Bengaluru has far surpassed all reasonable projections. Bengaluru is not only an economic powerhouse in the region, but globally recognized as the Silicon Valley of the East.

However, critical infrastructural bottlenecks have hampered the growth of the Bangalore Metropolitan Region (BMR) as a whole. The lopsided Volume to Capacity Ratio on major roads within the city is an indication of chronic traffic congestion. With limited ability to expand the road capacity within the core areas, there is an urgent need to de-congest Bangalore. At this juncture, it is critical to not only upgrade the road infrastructure within the city, but to simultaneously create an integrated transport infrastructure in the BMR to serve the current and future needs of a growing city.

In light of the massive investments required for addition and upgradation of critical infrastructure, the Government of Karnataka and the Ministry of Road Transport and Highways (MoRTH) along with various central ministries, need to collaborate to ensure Bengaluru’s transport infrastructure is augmented to meet its projected economic growth and population density.

In the meeting, Nitin Gadkari suggested the stakeholders submit a proposal incorporating solutions to meet Bengaluru’s Transport challenges. He requested Rajeev Chandrasekhar, Member of Parliament and Namma Bengaluru Foundation to take charge of bringing out a comprehensive framework of solutions and submit it to MoRTH.

The Bengaluru Metropolitan Mobility Plan is the outcome of detailed discussions with government agencies, urban experts, transport planners and citizens towards enhancing mobility, connectivity and capacity for Namma Bengaluru (‘Our Bengaluru’).

The report is still being worked on keeping in mind the several infrastructural developments taking place in the city.

Your ticket for the: Bengaluru Metropolitan Mobility Plan