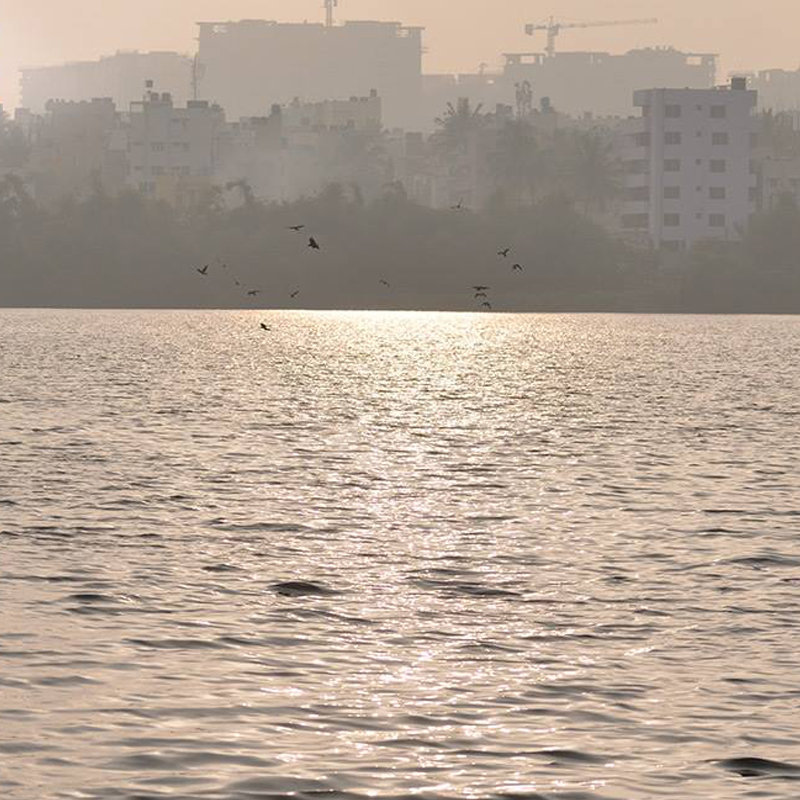 Namma Bengaluru Foundation’s efforts are to create a transparent and accountable process to protect the lake environment and remove all encroachments. Many NGOs have also been working with NBF at legal, technical level and running campaigns bring impactful awareness on
lakes in Bengaluru.

NBF has been at the forefront of fighting to protect Bengaluru’s largest lake and its catchment area and its historic verdict by the National Green Tribunal on Buffer Zone. Namma Bengaluru Foundation had petitioned to the NGT to save the lake bed of Bengaluru’s largest lake. It was the beginning of our success stories in our long-drawn journey.

It’s not an exaggeration when we say that we have along with Various Lake groups, experts (both lakes / legal) have been relentlessly working through the years on various lakes from time to time and have had few success stories on lake rejuvenation. It includes stories of 23 lakes petition at the Lokayukta, on saving the Agara Bellandur Lake and its lake bed from being
encroached, the Mestriplaya Lake being saved from becoming an upscale housing complex for the crème-de-la-crème of our city.

All our lake work has involved local community participation, huge amount of money being spent on ground and in courts coupled with a huge network of manpower (NBF & Lake groups) deployed. This intensive and laborious effort of citizens, experts, elected representatives and officials anchored by Namma Bengaluru Foundation helped in creating a historic movement for Lakes in Bengaluru – United Bengaluru Lake Campaign.

The United Bengaluru campaign was run for almost a year and focused on –
(a) Increase awareness about lakes and get people’s support for the petition;
(b) Organize lake inspection to identify the irregularities and submit petitions for lake rejuvenation with experts;
(c) work with various lake groups/ associations for collecting ground
level data.

Each and every lake has been closely monitored and resurveyed and timely submissions were submitted to the Lokayukta. It is only because of our relentless follow up on cases and monitoring, there has been continuous pressure on the officials to take actions (Examples – Lokayukta visiting Hulimavu Lake Breach, Visiting Vrushabhavathi Lake Valley, etc.). This would have been an impossible feet but for the awakened citizenry movement of United Bengaluru that has literally brought the Lokayukta to take cognizant call on the criticality of saving lakes in Bengaluru.

United Bengaluru Campaign has now become the core to many lake issues in Bengaluru Today. So much so that High Courts and NGT has taken up many lakes on Suo-Motu (Bellandur Lake & Kaikondralli Lake).

Your ticket for the: Namma Bengaluru Foundation- Championing Lake campaign in Bengaluru