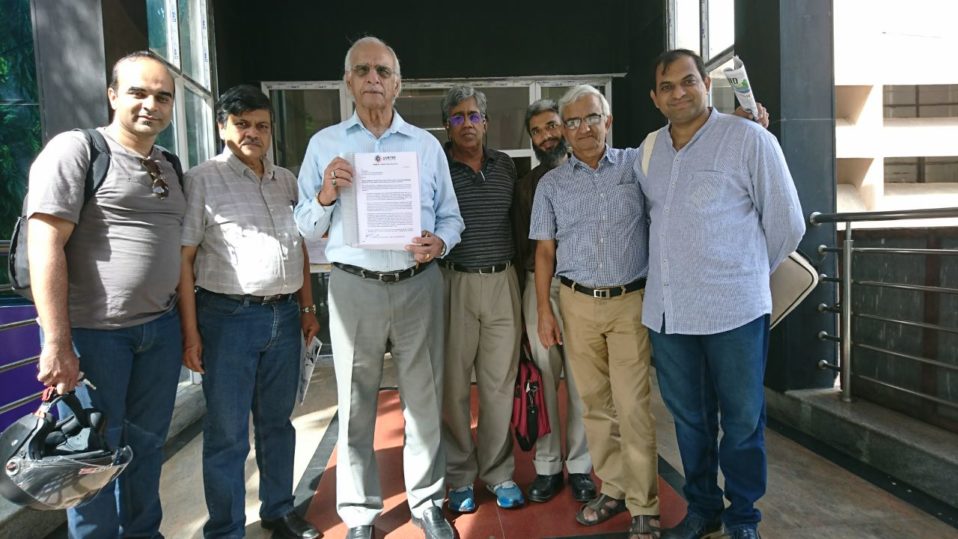 Namma Bengaluru Foundation along Citizen Action Forum (CAF) and several Resident Welfare Associations (RWAs) from different part of the city have joined hands to send the Government of Karnataka a strong message – Hosa Zoning Beda – with regard to the recent draft notification issued by the Urban Development Department on new zoning regulations.

Under the umbrella of United Bengaluru, citizens on July 28, 2017 submitted 337 objection letters, signed by 1000s of Bengalureans, to the Director, Town and Country Planning Department. (Read letter here)

The residents strongly believe that implementation of the new draft rules will choke their neighbourhoods, making their safety the biggest prey for reckless commercialization. United Bengaluru urges residents to join the #HosaZoningBeda revolution to ensure our neighbourhoods are not destroyed by commercialization and stop the Government of Government from placating the real estate and trade lobby.

So far, over 7000 postcards have been sent to the Chief Minister. However, this won’t be enough to drive our message. We urge every concerned resident of Bengaluru to send a post card to the Chief Minister enlisting why you believe the Government must scrap the new notification. Let us together send at least 1 lakh postcards to ensure nothing douses the #HosaZoningBeda chants.

Your ticket for the: Now, Bengaluru chants Hosa Zoning Beda