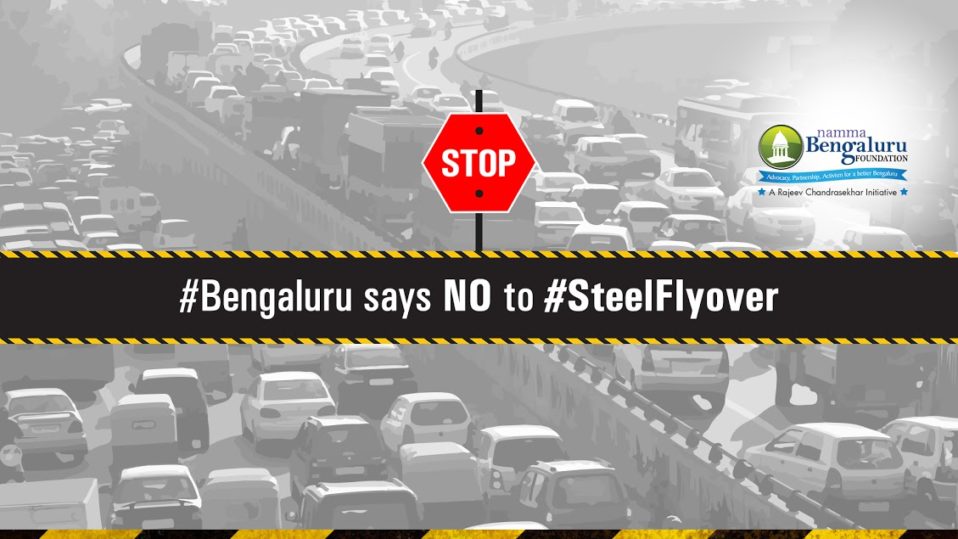 Majority of #Bengalureans today are saddened – not because the government is planning to implement yet another infrastructural project, but because the government has given a go ahead to a project that is neither citizen-driven nor plan-driven. The proposed steel flyover to be constructed from Basaveshwara Circle to Hebbal Flyover. Although the Karnataka High Court has taken cognizance of NBF’s PIL and taken an undertaking from the Bangalore Development Authority (BDA) to not proceed with the project, the state government remains adamant to push the same in a hurry.

Can our city afford to have such adhoc projects that not only jeopardizes the life of this city, but also paves way for blatant misuse of public money?

The three fundamental issues with the proposed project are:

The civic bodies and administration must respect public’s right to information and must also recognize their right to voice their opinions on major projects like the 6.7 km steel flyover. The demand is crystal clear – no project will be given a thumbs up until all information is disclosed on public domain and a proper consultation takes place.

Your ticket for the: Steel Flyover Beda