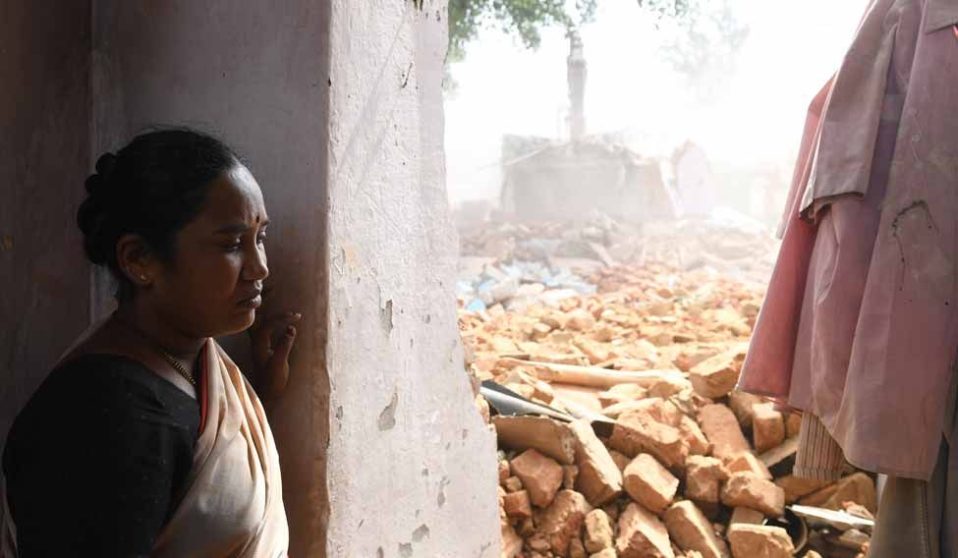 Known as India’s IT hub, Bengaluru boasts of leading the country into an era of technological and digital revolution. However, today the city stands exposed for having fallen prey to uncontrolled urbanization, haphazard growth and above all lack of accountability among those governing this city. The BBMP demolitions of unauthorized constructions on storm water drains is evidence to the fact that our city has been ‘sold’ to unscrupulous builders, who have deep pockets and strong political clout. While citizens suffer for very little fault of theirs, those responsible for running this city continue to shirk their responsibility.

Under the Karnataka Municipal Corporation Act, 1976 and the Karnataka Land Revenue Act, 1964, both the BBMP and Urban Development Department (UDD) are responsible for enforcing laws and zoning regulations. Given that illegal structures were allowed to be built by the willing cooperation of government agencies, it is a clear indication of violation of these acts. Hence, the critical question that arises is – will the state government take note of these violations and prosecute those responsible for leaving this city in a demolished state?

Until a few years ago, since the city’s lakes were well linked via canals, water used to drain effortlessly. However, unplanned growth and greed by builders and developers led to the construction of houses on storm water drains, causing unprecedented floods and suffering for citizens. Last month’s deluge forced the civic authorities to wake up and take note of such constructions. However, what is shocking is their action was based on an old 1905 British map, which was used to mark the original boundaries of the lakes and canals. The city, sadly, does not have maps that have evolved in line with its growth. It is tragic that land records too are in a disarray and cannot be trusted. This establishes that the civic authorities have failed miserably in their surveillance function!

Now, who is taking the responsibility of such a massive administrative failure? Who will book these corrupt officials, who in the name of responsibility, fill up their pockets with citizens’ hard earned money?

It is time the state government takes note of such deliberate and corrupt actions and brings about a decisive change in the way civic authorities perceive their responsibilities towards citizens. Failing to do so, will only push Bengaluru towards an irreversible downhill path.

To send a message to the government and help those fight whose homes have been Demolished by Corruption, Namma Bengaluru Foundation in partnership with our Founder Trustee Shri Rajeev Chandrasekhar, MP, met Victims and Concerned Citizens to deliberate the way forward towards cleaning up Bengaluru of corruption and mal-governance!

Citizens can now reach out to the Namma Bengaluru Citizen’s Committee at nbcc@namma-bengaluru.org and report the following:

Note: Your identity will be kept confidential.
Read more

Your ticket for the: Demolished By Corruption