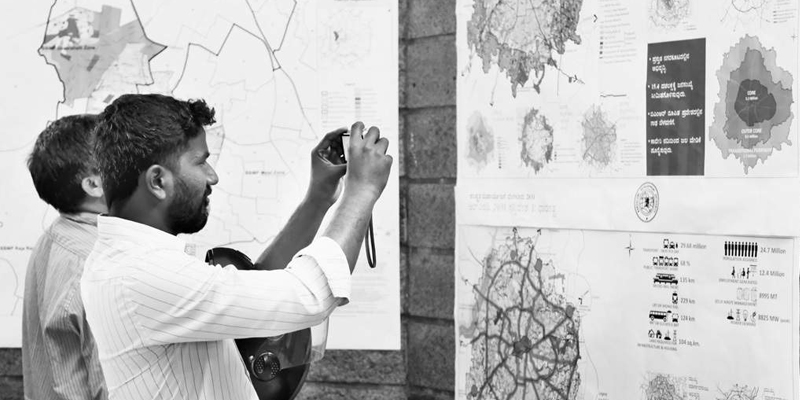 Namma Bengaluru Foundation on January 23,2018, submitted its formal objections to the draft Revised Master Plan 2031. This was further to a series of interactions & inputs NBF had with various Urban Planners, Experts, Resident Welfare Association and individuals.

There are multiple errors (whether cartographic or not is a mystery) in the draft RMP 2031 like roads shown to go over lakes, misnaming of lakes, wrong road widths indicated, missing public spaces and tanks and dubious marking of drainage systems.

The degenerating quality of life in the city of Bengaluru is due to failure to provide sufficient infrastructure and services for the entire city and RMP 2031 squanders a golden opportunity of Reclaiming Bengaluru through well-coordinated actions from various parastatals incharge of the city. While the land use is given a free runway, no binding obligations are placed on these parastatals, further deteriorating the challenges of water supply, sewage management, traffic and transport, zoning, environment and fire safety among many other issues.

Sridhar Pabbisetty, CEO, Namma Bengaluru Foundation said, “The most important issue with the proposed RMP 2031 is the role of BDA in usurping the mandate of the Municipal Planning Committee (MPC). As per Article 243 ZE of the constitution of India and the Bengaluru Metropolitan Planning Committee Rules, 2013, it is the duty of the MPC to study the inputs provided by municipalities and accordingly prepare a master plan.

Secondly, while the Draft Revised Master Plan 2031 (RMP2031) is a voluminous document, its utility has been severely reduced due to various cartographic errors, inherent contradictions and invalid assumptions.

Thirdly, the lack of other parastatal service agencies’ agreement to the grandiose plans of the RMP is a major flaw. Not only are the population figures wrongly calculated, the method used to arrive at this has not been disclosed.”

Your ticket for the: RMP 2031: Unconstitutional, errors gallore, flawed outcomes