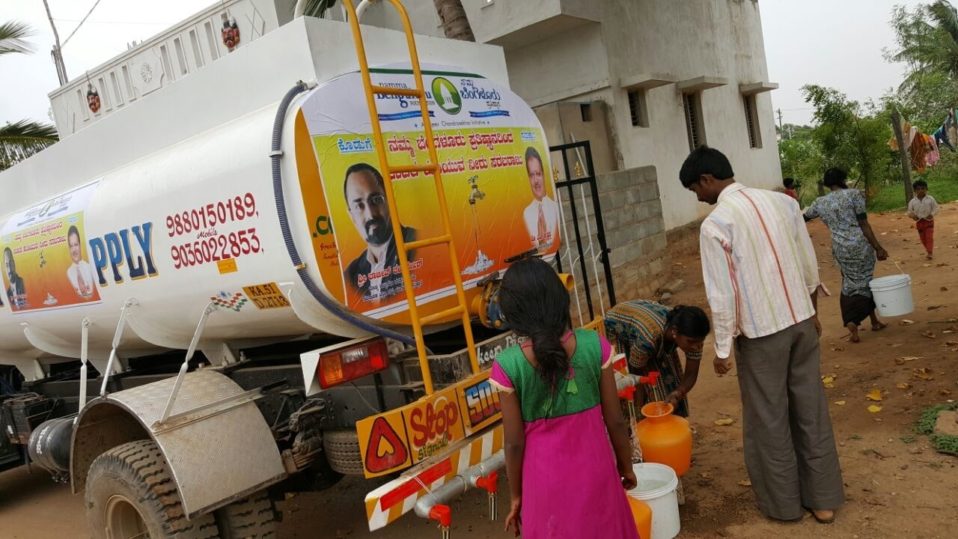 When in ‘drought’ – save every drop, every day and every way

The word ‘disaster’ invokes imagery of shattering earthquakes, heavy deluges, devastating cyclones etc. However, droughts that are deceptive by nature are equally disturbing calamities. Drought is both an environmental and developmental issue, and nowhere is this graver than in India where the deprived are threatened by the rising unpredictability and instability in weather patterns.

India, its economy and people today depend heavily on the monsoons. However, the harshest summer in decades, the erratic nature of rainfall and the absence of sufficient water from various resources has caused immense hardship to farmers, people living in these areas and the livestock.

In 2016, the disastrous effect of climate change, soaring mercury levels and failed pre-monsoon showers has been acute in several parts of the country, including Karnataka. A large number of people in the state depend upon agriculture for their livelihood and the ongoing disaster has led to crop-yield failure, economic volatility, farmer hardships, loss of livelihoods, shortage of fodder, poor nutrition and health and increased susceptibility to this massive humanitarian disaster in the making.

The grim numbers
No. of people affected: 3.1 crore
No. of villages declared drought hit – 22,759
Of 13 major reservoirs, 7 are fast approaching or have reached dead storage level.
Deep wells being sunk in part of Bengaluru. 6-fold dip in water table in urban areas and three-fold fall in rural Karnataka since 2005.

Despite central aid of Rs 723 crore for drought-affected areas in the state, the condition has moved from bad to worse. In light of the given situation, Namma Bengaluru Foundation provided drinking water to drought-affected villages of Bengaluru Rural District. A total of 144 loads of water having a capacity of 6500 litres each were provided to the following villages:

Your ticket for the: The Drought Dilemma